So at the end of last year we decide to pull out the design concept and put it up on the wall to ponder and get all excited about.  The plan was to get 3 extension companies to give us a proposal for a design and a ball park estimate; partly to explore our options and partly to make sure they weren’t ripping us off.  I’m not sure how well that last one works because you have to tell them your budget.  All our proposals have come in on our budget, but I can’t help wondering whether this is because they have come up with a design to maximise what we can get for our money or whether the ball park estimate has been padded up to our budget.We got a short list of about 6 companies from the local paper that had websites, then from their websites we chose 2.  We also added in a well known extension company – “V” works for this company.  V was booked to come and see us at 9am.  On the day of the appointment, he called about 10 to 9 and told me he didn’t realise he had an appointment and had been watching the football (soccer) and would be there in 20 minutes.  At 9.30 he finally arrived.Finally we got down to what company C could offer us.  The first stage, for which V would waive the fee (1% of your budget), was to include the following:
So we went ahead.  V came back and measured the house, then he came back with his design.  We spent about 20 minutes looking at the floor plan and 3D drawing of the back of the house and discussing the design and cost (exactly what our budget was!).  There was no deck off the back of the house – not even steps out of the back doors!  V said he could add a deck in for $10,000.  Hubby asked what’s the next step?  “We do the estimate” said V and he opened up a booklet (skipping the first page) and we went through a list of all the things we wanted included.  This took sooo long that I had to put Oscar to bed.  When I came back, hubby and V were discussing payment.  I assumed this was the 1%, but then V asked for $15,960 dollars!  I nearly fell off my chair.  He then asked us to sign the front page of the booklet he had opened, it was a contract for this company to start our renovation, the $15,960 being a non-refundable payment for this company to start the detailed drawings for the renovation!  The 2 drawings and verbal cost estimate were all that we were to receive as part of stage 1.  If we wanted more we had to pay 7% of the verbal estimate.  We weren’t prepared to do this and told him we needed time to consider the proposal and discuss it in private.  He wouldn’t even leave the floor plan with us (just the 3D drawing of the back) so we could have time to think about his design.  Before leaving the estimate booklet with us (to sign when we were ready) there was a piece of paper paper-clipped inside that we hadn’t been shown, which he took out.

Who in their right mind would sign a contract to spend so much money on their most valuable asset, based on a 20 minute discussion and a couple of sketches?  V’s company did not make it to the short list!

I mentioned in the first post that we started this process 4 years ago with a design concept.  The two pictures here show our current floor plan and our design concept.  This was done in September 2006.  The cost estimate was $130k to $170k.  We had planned to do the renovation and extension in stages so we could stay in the house.  The extension involved going out to the side and the back.


Mid-2007 we thought it was time to make a start and as I work as a contractor I planned to take a 3 month break between contracts and get the drawings done and tender for a builder, at the same I would get the house re-stumped.  This was the second time we had tried to get the re-stumping done – the first time the contractor never showed up and kept putting us off until we finally stopped contacting him.
And then we hit a bit of a hiccup – it was a result of watching House.  Fans of House will know the episode I am talking about.  House performs surgery on a foetus inside the womb, and the foetus grabs hold of his finger.   At that exact moment my body clock started up and immediately went into over-drive.  Up until that moment I had had no desire to have children; I waited 10 days for it to go away before telling my husband.  About 5 months later I was pregnant with Oscar.  This obviously caused us to rethink our plans.  Not wanting to try and do the extension while pregnant or with a new born, we decide to hold off and just renovate the existing house.  So we re-stumped, re-wired, put in a new heating and cooling system (sized for the extension) and had the roof re-sealed and painted.  That was hard enough!
Then Oscar came in 2008 and all of a sudden the house felt very small. 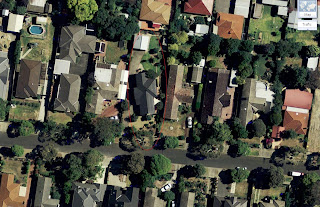